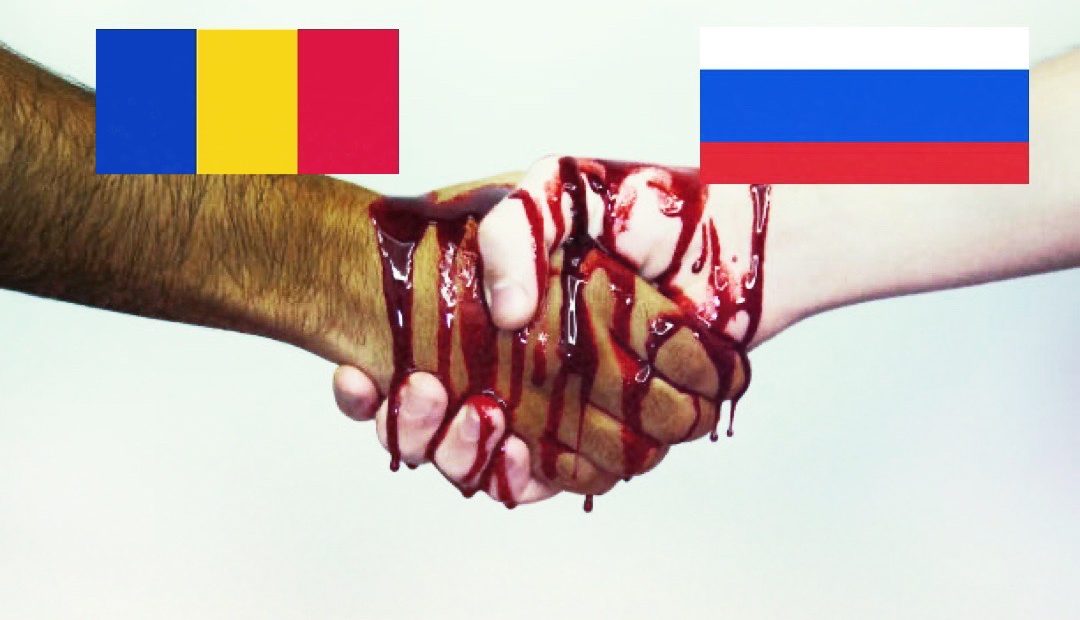 The Court of Appeal of Suceava, Romania, ruled in favour of Russia’s request for the extradition of Amina Gerikhanova. The hearing took place on 18 April 2022. The Russian side falsely accuses Gerikhanova of participating in the terrorist organisation ISIS on the territory of Syria from 2016 to 2018. However, it is known that Amina was in Ukraine during the incriminated period and never left its territory. This information is confirmed by the Security Service of Ukraine (SSU). Previously, the Ukrainian Prosecutor-General’s Office received a Russian request for Amina’s extradition. The office found that the charges were unsubstantiated and rejected the request.

The fabrication of accusations of such crimes in Russia is a common practice.  Tags and labels of terrorists or terrorist sponsors are attached to Muslims requested by Russia. It has been empirically established that European law enforcers in countries intimidated by Islamic terrorism are, in a number of cases, following the lead of Russian security forces.

At the hearing in Amina Gerikhanova’s case, the court did not actually listen to the defence and did not take into account the documented arguments. There is clearly a blind faith in Russia’s accusations. A clear puff piece appeared on the network regarding the valiant capture of a terrorist from Syria by Romania. The publication is apparently intended to justify the decision to extradite an innocent person. In fact, the prosecution has not presented a single piece of evidence that Gerikhanova was in Syria or supported terrorists in any way. The investigation cites the testimony of “witnesses” against the woman. However, from the experience of hundreds of other cases, we know how such testimonies are being extorted.

She is probably just getting revenge for her husband. He died in Syria. But his wife is not responsible for him!

Gerikhanova’s husband did not ask for blessing or permission before he joined the resistance to the Assad regime. This is quite usual for Chechen families, and the mentality does not dictate that he should take women’s advice on matters of war. The Russian security services are aware of this. Gerikhanova should not be prosecuted for her husband’s crimes.

Amina has a young child. In 2016, she was forced to flee Russia with her son.  Then the Russian authorities in the Chechen Republic (they have the now well-known name “Kadyrovites”) started to threaten and illegally persecute her. She made her way to Ukraine, settled there and lived in safety until the war broke out. She and her son became refugees again. This time from Russian “liberation”. Crossing the border into Romania, she was immediately arrested. Border guards found her name in the wanted databases.

This is a very sad story with many quotes. Russia has launched an aggressive war of invasion against a sovereign state Ukraine and is threatening Europe of which Romania is a part. The whole world has united against Russia and is helping its victims. Russia has been expelled from the Council of Europe and the UN Human Rights Council. The country has become a world pariah!  And against this backdrop, the Romanian administrative court, as if nothing had happened, extradites an innocent single mother to Russia!

Ukrainian Foreign Minister Dmytro Kuleba has stated that Russia is worse than the terrorist group ISIS. We strongly agree with the minister’s opinion. We regard the extradition to Russia as equal to the extradition into the hands of the Islamic State terrorist organization.

On 18 April 2022, VAYFOND received a promise from the Office of the President of Ukraine that if Romania agreed to deport Gerikhanova to Ukraine, she and her son would be allowed through the Ukrainian border and would no longer be threatened with extradition or deportation to Russia.

VAYFOND has previously repeatedly proved that Russia provided false guarantees to the extradition courts of the European Union. The case of Amina Gerikhanova is another in a series of similarly fabricated cases. But in this case we encountered the kind of blatant brazenness of the court we have not seen for a very long time.

It should be recalled that Gerikhanova’s namesake, Amina Akuyeva, was sought by Russia through Interpol from Germany several years ago. The Russian side accused her of aiding terrorism. Akuyeva’s husband, Zelimkhan Baisagurov (Udugov by his father name) is the nephew of Movladi Udugov (a political figure who served as Minister of Information and Press of the Chechen Republic of Ichkeria), one of Ramzan Kadyrov’s first enemies. Kadyrov’s security forces tortured Zelimkhan to lead them to his uncle in Turkey, gain his trust and kill him. Akuyeva herself, then pregnant, was beaten in the stomach by Kadyrov’s men. To protect her, Zelimkhan agreed to all demands, and when he was released, fled Russia with his wife and asked for protection in Germany. That is why the Russian administration of the Chechen Republic has fabricated a criminal case against his wife. The Kadyrovites hoped to force Zelimkhan into submission by getting hold of her.

The German investigation then asked the Russians for guarantees of security and a fair trial if Akuyeva was handed over to them. Russia agreed to these demands. In a response letter dated 20 October 2017, Russian Prosecutor General S.V. Gorlenko wrote: “In view of the German side’s request to conduct investigative actions and serve the sentence on Akuyeva A.R. outside the administrative boundaries of the North Caucasian Federal District, it is reported that the Investigative Committee of the Russian Federation decided on 05.10.2017 to change the territoriality of the criminal case and it was transferred for further investigation to the Investigative Department of the Investigative Committee of the Russian Federation for Krasnodar Territory, located in the Southern Federal District”.

So it turned out that Mr Gorlenko’s promise to change the territoriality of the case was false; four months later it was still on the territory of the Chechen Republic. A German court refused to extradite Akuyeva to Russia and ruled that she be granted political asylum. A little later, Interpol removed Aminat Akuyeva from its wanted list.

This is not an isolated case where Russia has lied in giving guarantees of citizen’s rights. The German Federal Constitutional Court in the extradition case of Mr D. (BUNDESVERFASSUNGSGERICHT 2 BvR 517/19) cited important facts of violation of human rights and Russian law. The judgment stated (ibid., para. 10) that Russia had always agreed to all the conditions of the European side and had given assurances that the extraditee would not be subjected to torture, cruel or inhuman and degrading treatment. In addition, the Russian authorities guaranteed the right to visit the extradited person by the consular service of the German embassy in places of detention at any time to verify compliance with the guarantees.

Recognising the level of state repression by the security forces in the Chechen Republic, Germany demanded that a citizen extradited to Russia for trial be located and investigated outside the North Caucasus Federal District. Extradition can only be granted under this condition. Russian authorities have responded by saying that they cannot guarantee this. This would, de facto, violate the legal rights of a judge appointed under the Russian Constitution. “The information that such a safeguard regarding jurisdiction cannot be obtained is a new circumstance within the meaning of Section 33 of the IRG. The transfer of local jurisdiction is in clear violation of the Constitution of the Russian Federation. This means that the cases in which the Prosecutor General’s Office of the Russian Federation granted the German Federal Government’s request for a change of local jurisdiction in the past were violations of Russian law. This shows how unacceptable this condition is, which the German Federal Government makes of the fact that the Prosecutor General’s Office of Russia or the competent authorities themselves have breached the applicable law. The European Court of Human Rights has set out the conditions under which diplomatic assurances of extradition services are sufficient (citing ECtHR, Othman (Abu Qatada) v. the United Kingdom 17 January 2012, no. 8139/09, § 189). One of the conditions states that the assurance must be binding on the local authorities. In the present case, however, there is no guarantee and the fact that the competent Russian authorities considered themselves bound by the German Government’s requests, although those requests should have been considered unlawful under Russian law, could not serve as a guarantee.” (BUNDESVERFASSUNGSGERICHT 2 BvR 517/19, paragraph 11).

Romania would be committing a gross violation of human rights if Gerikhanova were to be extradited to Russia. The Romanian authorities have underestimated the real risks and dangers for the woman in question, should she be extradited to Russia. The human rights association Vayfond assures that the woman would be unjustly imprisoned there for a long period of time and would be subjected to torture and degrading treatment. She will be forced to give false testimony against herself and other illegally persecuted citizens. Given the fact that Romania has not even thought of requesting specific guarantees from the Russian side, let alone demanding that her case be heard outside of the North Caucasus Federal District, the risks mentioned increase manifold. The whole world probably already knows who Kadyrov is. What Russia is like has now also become clear to the international community after the witnessing of the atrocities on the territory of Ukraine, the looting, execution of civilians, torture and rape of women, men and children.  These facts have been proven and documented.

If Gerikhanova were to be extradited, Romania would breach Article 3 of the ECHR (prohibition of torture, inhuman or degrading treatment or punishment). Article 19 of the EU Charter of Fundamental Rights enshrines the principle of non-extradition: “No one may be removed, expelled or extradited to a State where there is a serious risk that he or she would be subjected to the death penalty, torture or other inhuman or degrading treatment or punishment”. Articles 2 and 3 of the European Convention on Human Rights expressly prohibit the extradition of a person if he or she faces a real risk of ill-treatment in consequence. This risk is different from the risk of persecution on one of the grounds set out in the 1951 Geneva Convention. The ECtHR has held that Article 3 of the ECHR enshrines one of the fundamental values of a democratic society and absolutely prohibits torture and inhuman or degrading treatment or punishment regardless of the victim’s conduct, however undesirable or dangerous it may be.

Romania is responsible for complying with its obligations under international law to protect people at risk of unlawful persecution, risk of torture and other serious human rights violations. The decision to allow Gerikhanova’s extradition to Russia also violates the following international conventions: Article 33 of the 1951 Convention; Article 3 of the 1984 UN Convention against Torture and Other Cruel, Inhuman or Degrading Treatment or Punishment; Article 7 of the 1966 International Covenant on Civil and Political Rights; Article 3 of the 1950 European Convention on Human Rights and Fundamental Freedoms.

We appeal to our fellow human rights activists, journalists, politicians and all those who disagree with the absurd decision of the Romanian court. We ask for maximum publicity for the blatant violation and trampling of human rights. We ask for help in saving Amina Gerikhanova and her young son, who may lose his mother, his only guardian. 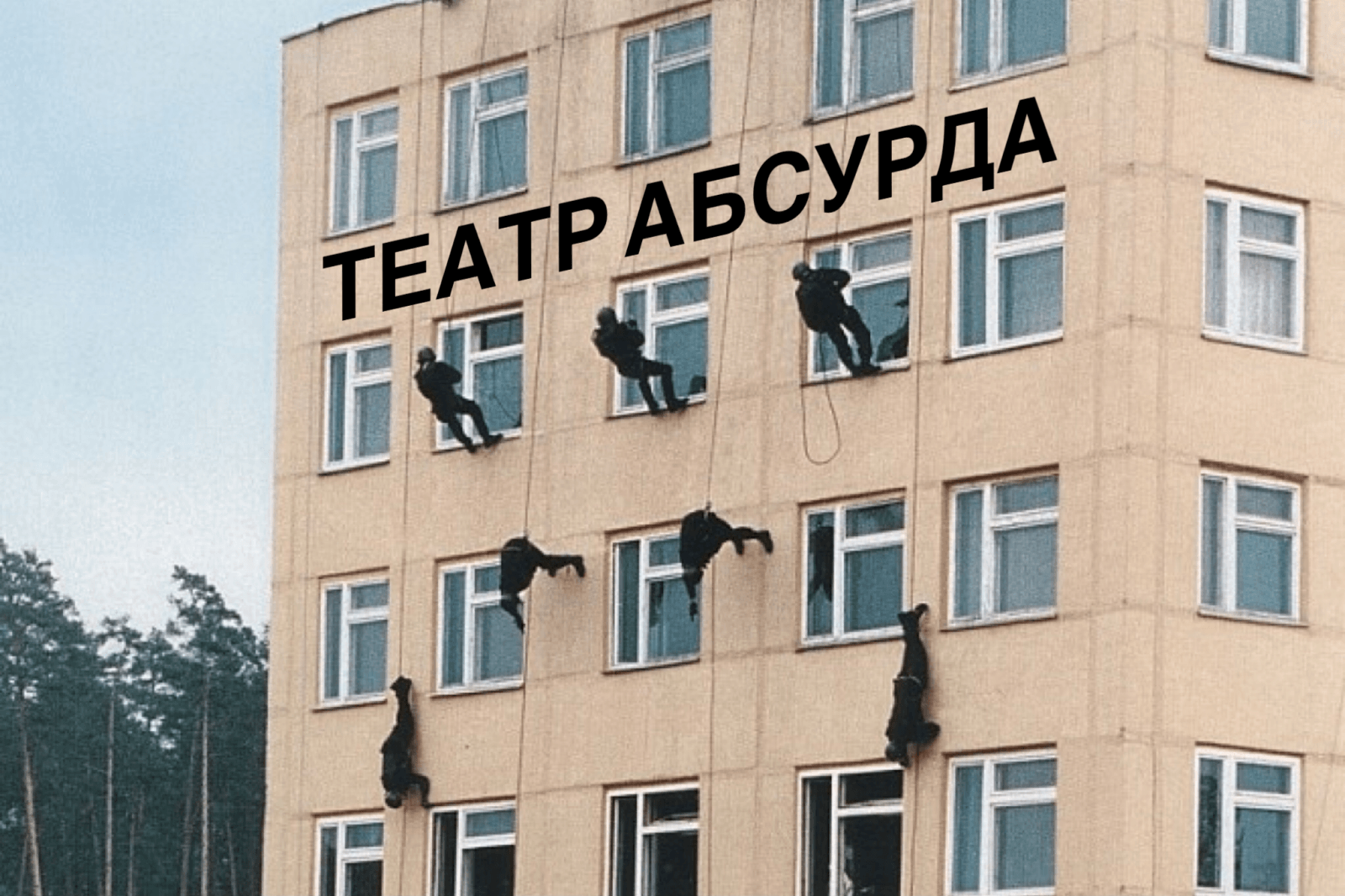 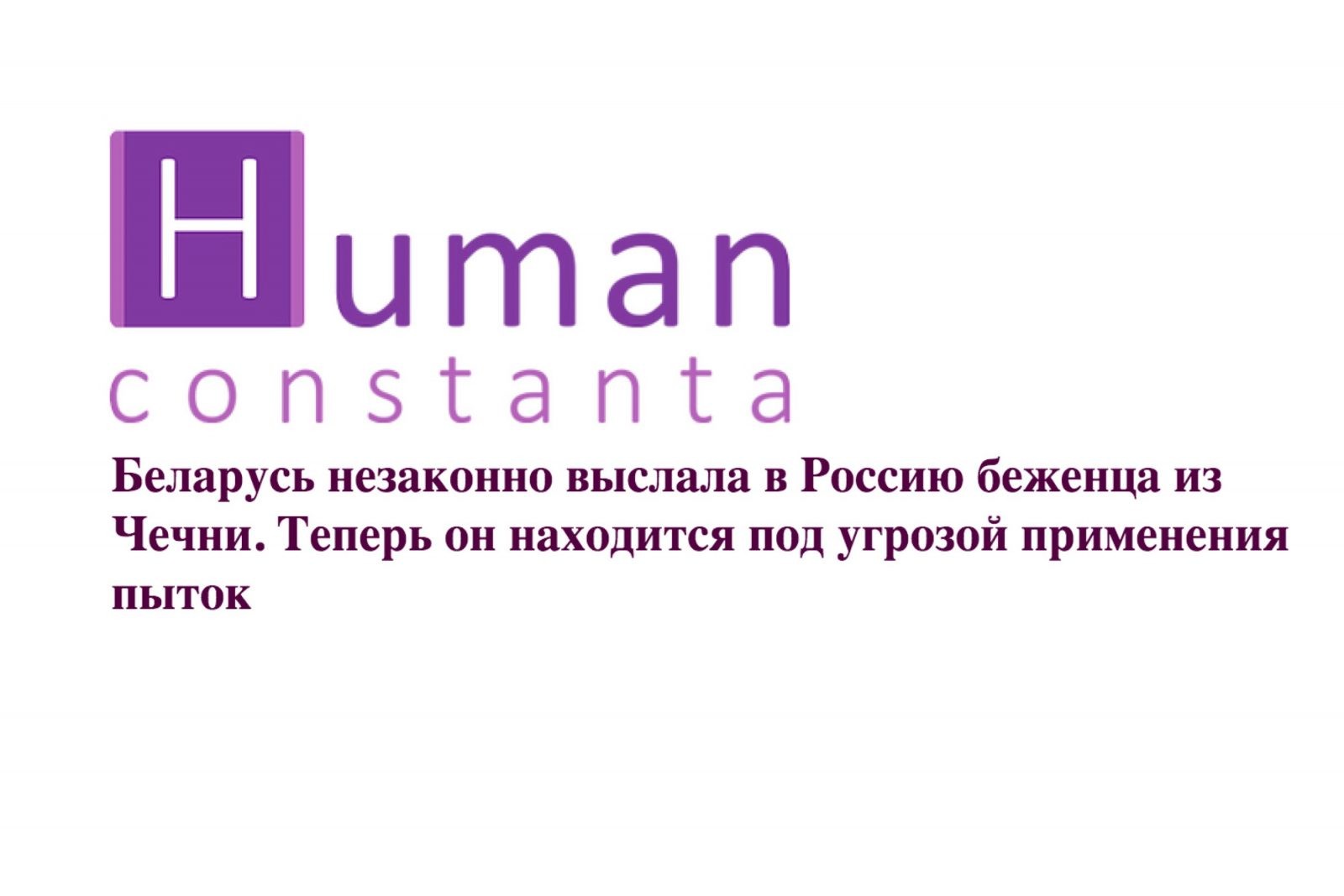 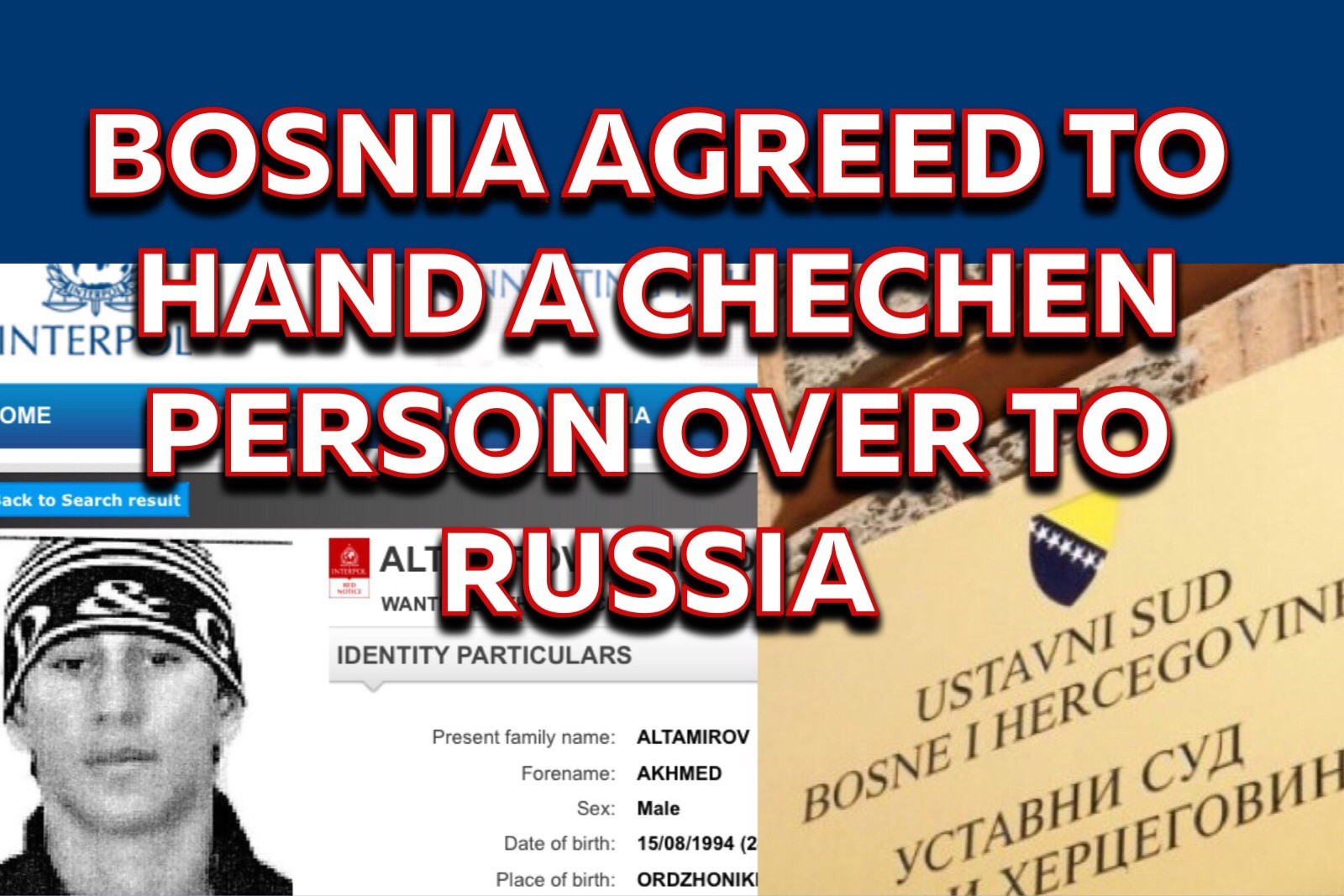 Bosnia agreed to hand a chechen person over to Russia