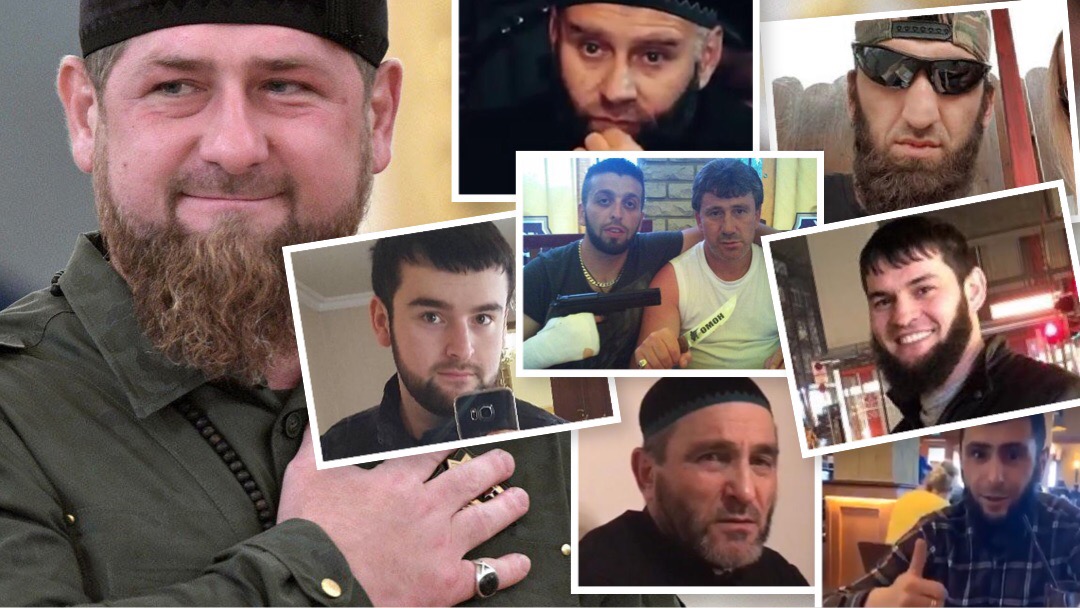 We continue combing through the social networks and shaking up insta accounts, pulling Kadyrov’s supporters, rats, sycophants and snitches out onto the white world, due to a misunderstanding, and in view of the loopholes of international legislation, they are now entrenched in Europe under the guise of refugees. These anti-heroes pose every danger to the respectable representatives of our people.

Through them, confidential information about real refugees flows to the authorities of Chechnya, and, moreover, by their very presence in the countries with us, they give the migration authorities reason to doubt that people like you and I really need protection. After all, if these asylum seekers do not hesitate to sing the praises of Kadyrov and are related to his lackeys, then perhaps the problems of all other Chechens are also far-fetched?

In short, we have dug out for you the next number of cases. Use it, without a need to thank us.

By the way. Last time, after the first presentation of the “finds” from the social networks of Kadyrovs’ euro-supporters, we received a series of lively responses from them. Someone wrote penitential letters and erased compromising posts, someone, on the contrary, declared that he was, is and will be a conductor of interests and PR agent of the padishah in Europe and it is none of our business.

In the comments to the presented material Muslim Tsibaev demonstrated to be especially zealous, including swearing lexicon. Together with him, the virtual battle was reinforced by the two female nicknames with the same last name.

Battles continued in the vast of WhatsApp. From the dialogue, we concluded that in addition to owning obscene language, our hero also has information about refugees who have changed their names in Europe for the sake of security.

Thus, Tsibaev doesn’t only have a big mouth, boasting about his bling, cool cars and praising of padishah, but also is a dangerous snitch. By his reaction to our material, he unwittingly supported this version. We received a lot of threats. No wonder, we spread the light on his persona, spoiling his business. We passed all the threatened messages to the appropriate authorities.

We paid Tsibaev a little more attention, dug deeper and found his companion in Austria. Let’s start with him. Or continue.

He drives to Chechnya on leave, poses under portraits of Putin and Kadyrov, as well as takes pictures on Putin Avenue with Mobile special squad OMON [abbreviation of the term in Russian] shoulder to shoulder. Apparently, for conspiracy. He can say that Mobile special squad caught him, tortured him, and forced him to a photo.

A joint photograph of Akhtaev and Tsybaev is utterly good. An “OMON” Mobile special squad knife, a gun, a golden chain, hugs, non-extinguished cigarette, a plastered arm and a “pure dudes” expression of the faces are very much in tune. We are impressed.

He makes friends with the head of the Kadyrov’s secretariat, who is close to the padishah, Alambek Yasayev. Joint photos and videos from Yasaevs’ Eurotour (where do the sanctions look !?) sold these two friends out. Here comrades went for a walk, and here they eat national dishes.

What fairy tale did Beslan tell about his misadventures? Isn’t Yasayev the one pursuing him in between the pancakes and tea?

“Maga” didn’t niggle and put dozens of masterpieces of photos on Instagram, including those decorated with hearts. We were even tired of watching, it was not for the faint of heart, but it was also not for nothing. Scrolling through the album gave us the knowledge that Maga has a T-shirt with Ramzan Kadyrov and he wears it.

Maga also has two hands and he can hold two guns with them for the photo. Camouflage, machine guns, pistols, photos with the Russian military, photos in marching camouflage and weapons somewhere in the fields … While leafing through this account, there is an urge to exclaim: “Stop!” But apparently, Maga is not burdened with a sense of measure, and instagram can endure everything.

Well, we take note. Thank you, Maga, for your frankness, we appreciated.

Before arriving in Belgium, according to some information, he worked in Kadyrov’s muftiyat. They say, at some point, the working relationship was spoiled, which became the reason for his departure. Chechen WhatsApp users in Europe just recently received an audio message, where Ali-Khadzi urged to meet Salah Mezhiev as a dear guest. His arrival was allegedly expected in Genk.

The Kadyrov’s mufti never reached Belgium, but we still possess an appeal from his staunch supporter. As people say, you win some, you lose some. Our Ali-Khadzi tried to work towards promotion, but fell into a trap.

Ahyad, Imam of the Chechen mosque in Antwerp, Belgium.

“Came into the spotlight” during the World Chechen, more precisely, Kadyrov’s Congress, where he traveled with Ramzan Ampukaev. On his next trip to the Chechen Republic, he attended the sermon of Kadyrov’s mufti Salah Mezhiev as well.

Judging by the photos published by him, Magomed served in Kadyrov’s structures himself. Active in social networks, sends supporting messages to his uncle, publishes uncle’s photos, apparently, is proud of the relative who has acquired the rank. Expresses all sympathy for the Kadyrov’s authorities and not a word about threats and harassment addressed to him. Why did the loving nephew go so far from his uncle? Well, the farther, the dearer?

Today’s parade of stars would be incomplete if, right before its publication, Beslan from Bremen did not remind of himself (Person No. 2 from the previous hit parade). At the previous time, Beslan started incendiarily – shooting through a window from a pistol filmed on a video (again, the cult of weapons, so what, is it really impossible to film without a gun? Is it really not appreciated by fellows?) This time, Beslan pleased us with a new performance with a chanting popular among Kadyrov’s people. And now we are absolutely calm for him. After all, earlier, he tried to say that he was not a Kadyrov’s person and that he had problems at home, and also recalled that he was an asylum-seeker because of these problems.

We wish “pleasant” dreams to the exposed Kadyrov’s people, and we urge all the rest to distribute this material. Perhaps this will save your loved ones from extremely harmful contact. 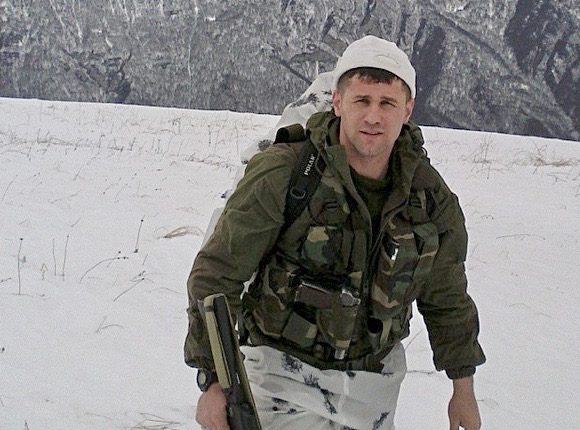